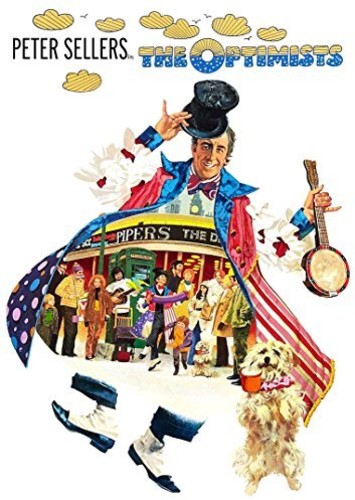 The Optimists tells the story of a street performer named Sam, who with a unique outlook on life befriends two children and teaches them to look at life from a new perspective. The novelty of having a song and dance man as a friend soon turns into something much deeper, as Sam realizes that the children have just as much to teach him about life as he does them. Set amongst a wonderful London backdrop, comedy legend Peter Sellers (The Party, After the Fox) stars in one of his most charming, tender and rare dramatic roles. Based on a novel by Anthony Simmons (Little Sweetheart) who also directed this heart-warming classic with a screenplay by Tudor Gates (Barbarella, Danger: Diabolik) and music by legendary Beatles producer George Martin.