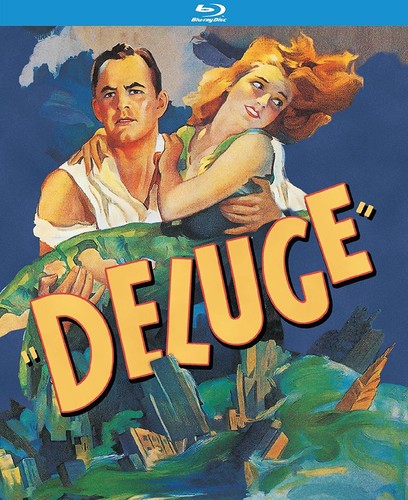 Newly Restored! Earthquakes in the Pacific send a massive tsunami around the globe, reducing New York City to rubble. Martin Webster (Sidney Blackmer, Rosemary's Baby) survives the catastrophe but is separated from his wife (Lois Wilson) and children. Pairing up with a headstrong young woman (Peggy Shannon), Webster struggles to rebuild civiilzation and cultivate a new post-apocalyptic moral code amidst the pillagers and vigilantes who remain. For years considered a lost film, and later emerging in a poor-quality Italian-dubbed version, Deluge is the holy grail of disaster movies. In 2016, Serge Bromberg of Lobster Films, with the help of the Library of Congress, located the original 35mm film elements, including the English-language soundtrack, and it is from these materials that the restoration has been meticulously performed. Directed by Felix E. Feist (The Devil Thumbs a Ride, Donovan s Brain), DELUGE lives up to it's near-mythic reputation. Not only are the destruction scenes truly extraordinary, the drama of survival among the rubble is presented with a dark candor that is far more complex than one expects of a film of this vintage. Also featured on this disc is the Pre-Code drama BACK PAGE, starring Peggy Shannon (DELUGE) as a small-town newspaper woman who tries to bring down a notorious white-collar criminal.