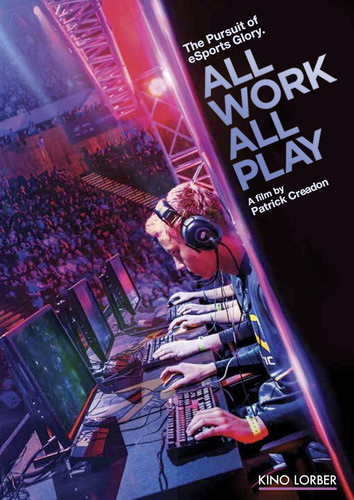 All Work All Play
Format: DVD
New: Not on Hand, Let us get it for you
Wish

There's something happening in the world of video games. Thousands are flocking to arenas to watch tournaments unfold. Tens of millions are watching online. Not since the advent of television has a new entertainment medium so taken the world by storm. Now, a veteran team of tournament organizers is tackling their biggest challenge yet: Season Nine of the Intel Extreme Masters, a global pro-gaming tour that takes the hottest teams and players all around the world to compete for the championship title in their respective eSports. They guide the scene as it explodes around them, molding it into a phenomenon that can last. Meanwhile, players as young as seventeen are dropping everything to go pro, throwing all they have into a do-or-die race for the grand prize. Together, they have a common goal: to ensure that eSports remains more than a bright, burning fad. It's up to them to turn it into the sport of the future.