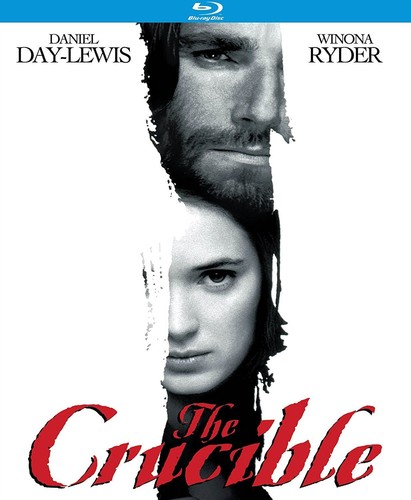 17th-century Salem, Massachusetts - a group of teenage girls meets in the woods at midnight for a secret love-conjuring ceremony. But instead of love, Abigail Williams (Winona Ryder, Heathers) wishes for the death of her former lover's (Daniel Day-Lewis, The Last of the Mohicans) wife (Joan Allen, The Ice Storm). When the ceremony is witnessed by one of the town s ministers, the girls are accused of witchcraft. Soon the entire village is consumed by hysteria, and innocent victims are put on trial, leading to a devastating climax! Nicholas Hytner (The Madness of King George) directed this modern classic based on a play by the great Arthur Miller (Death of a Salesman) and featuring an amazing cast that includes Paul Scofield (A Man for All Seasons), Jeffrey Jones (Ferris Bueller s Day Off), Bruce Davison (Longtime Companion), and Peter Vaughan (Straw Dogs). Received two Academy Award nominations for Best Supporting Actress (Allen) and Best Adapted Screenplay (Miller).