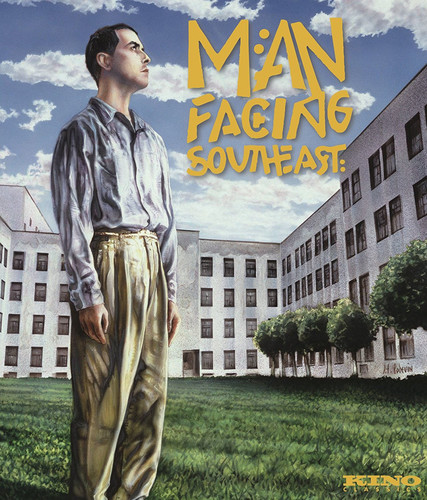 Man Facing Southeast
Format: Blu-Ray
New: Not on Hand, Let us get it for you
Wish

Man Facing Southeast is Argentine director Eliseo Subiela's 1986 cult classic, a powerfully moving science-fiction parable of a saint-like stranger in an even stranger land our Earth. This critically-acclaimed gem has not been available on DVD or Blu-ray in the United States, until now. - A man named Rantes (Hugo Soto) suddenly appears in a Buenos Aires psychiatric hospital expertly playing the organ. But who is he this man with no recorded identity? Doctor Denis (Lorenzo Quinteros) dismisses Rantes' claim of being an alien visitor as a case of paranoid delusion. Beatriz (Ine s Vernengo), his only visitor, sees him as an intimate and knowing companion. And the other patients, intrigued by his mysterious intelligence, see him as their only source of hope. Inspiring, mystical, and unforgettable, Man Facing Southeast is one of the great science-fiction films of the 1980s. 108 min. Widescreen; Soundtrack: Spanish; Subtitles: English; featurettes. In Spanish with English subtitles.