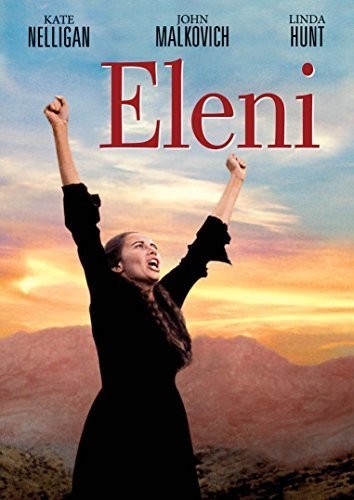 Newly Re-mastered in HD! Kate Nelligan (Eye Of The Needle), John Malkovich (In The Line Of Fire) and Linda Hunt (The Year Of The Living Dangerously) star in this true story of a mother's love for her children and a son's revenge. In 1948, as the civil war ravages Greece, a communist aattatchment terrorizes a small mountain village by abducting the children and sending them to communist camps inside the Iron Curtain. Eleni (Nelligan) defies the communists and arranges for the escape of her three daughters and her son Nicola. For this act she's imprisoned, tortured and executed in cold blood. Several years later, Nicolas Gage (Malkovich), Eleni's son and New York Times reporter, returns to his homeland to discover the facts surrounding his mother's death, and to hunt down the man who murdered her. Featuring top-notch direction by the great Peter Yates (Robbery, Bullitt) and Stunning on-location cinematography by Billy Williams (Ganghi).