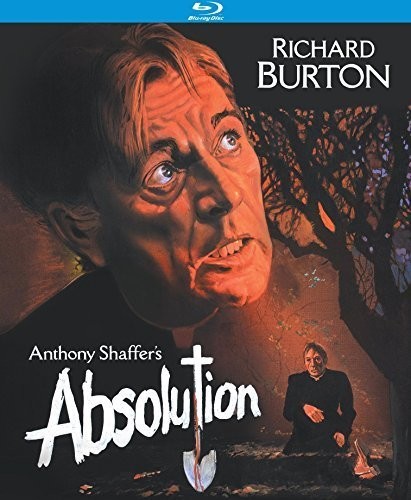 Absolution
Format: Blu-Ray
New: Not on Hand, Let us get it for you
Wish

Brand New 2K HD Restoration! Screen legend Richard Burton (Where Eagles Dare, The Desert Rats, Candy) stars in this suspenseful thriller written by Anthony Shaffer (Sleuth, Frenzy, The Wicker Man) and directed by Anthony Page (I Never Promised You a Rose Garden). A confession at a Catholic School turns to a real murder mystery! In confession, a student tells Father Goddard (Burton) that he has accidentally murdered his friend and buried him in the forest, when Goddard investigates the matter all he finds is a scarecrow buried in the woods. Goddard is outraged, but due to the seal of confession he cannot punish the kid and have him expelled. Shortly after, the boy once again enters the confession booth, telling Godard that the previous confession was a practical joke, but this time he s really gone and done it. In disbelief, Goddard once again goes to the forest to investigate the matter, but this time, he discovers a dead body one of the students. The strong cast includes David Bradley (Kes) and Billy Connolly (The Boondock Saints).