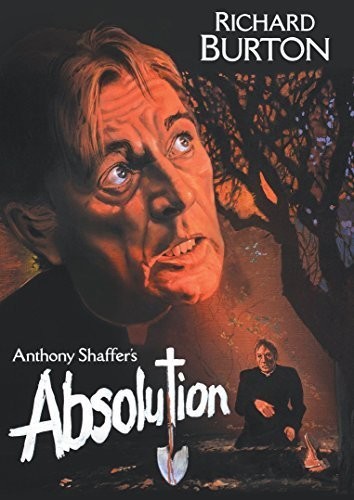 Absolution (1978) This gripping and bizarre story of a Catholic priest and his students at an all-boys boarding school contains mystery, intrigue, murder and leads to a Hitchcock-like shock ending. ABSOLUTION is based on a true story. Two students at a British boarding school use the confessional to manipulate a rigid Catholic priest into becoming involved in murder. Notes: Film's release was delayed by two years, due to it's failure to find a distributor. At the time of it's British release, it had not yet found a US distributor. The film was rated X by the British Board of Film Censors. Shot in Technicolor. When this film was shown on British TV, it went under the title "Murder by Confession."