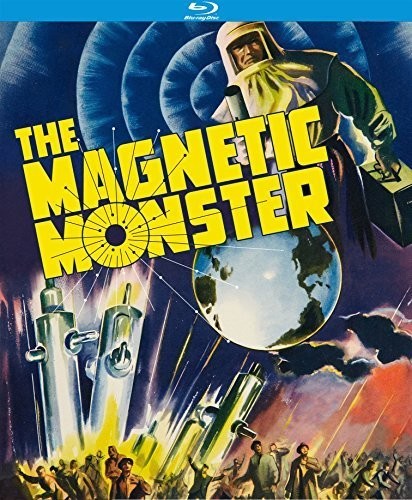 Newly re-mastered in HD! When a young scientist's experiments with a new radioactive isotope cause it to double in size every twelve hours, a nearby town's existence is threatened by the deadly radiation. The Magnetic Monster was the first episode of producer and writer Ivan Tors' (OSI - Office of Scientific Investigation) trilogy, followed by Riders to the Star (1954) and the classic 3-D film, Gog (1954). Co-written and directed by Curt Siodmak (Bride of the Gorilla) and starring Richard Carlson (The Maze), King Donovan (The Defiant Ones), Strother Martin (Cool Hand Luke), Harry Ellerbe (House of Usher) and Jean Byron (Invisible Invaders).