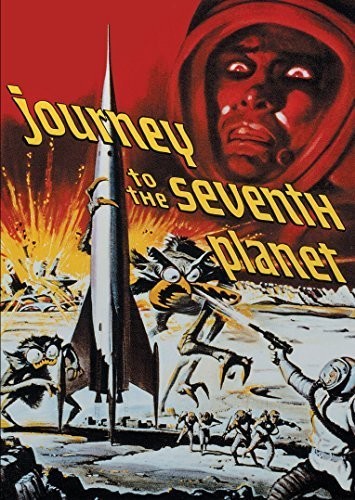 Newly Re-mastered in HD! You Are in Space... Beyond Space! In futuristic 2001, the United Nations has sent a special team of scientists to explore Uranus. And what this interstellar crew discovers is a planet not unlike Earth-complete with a small Danish village filled with voluptuous women! But underneath the utopian veneer is a so powerful and so heinous that it's using the crew's memories against them so it can take their spaceship back to Earth-and conquer it! Wonderfully directed by cult producer, writer and director, Sidney W. Pink (Reptilicus, The Angry Red Planet) and featuring campy performances by John Agar (Invisible Invaders, Miracle Mile) and Greta Thyssen (Terror is a Man) with an amazing title song by Mitchell Tableporter (aka Teepee Mitchell). This Danish and American co-production is now considered to be one of the greatest cult classics of all time.