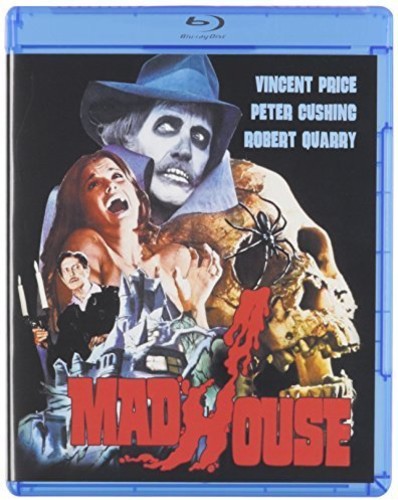 Madhouse / (Rmst Dhd)
Artist: Madhouse
Format: Blu-Ray
New: Not on Hand, Let us get it for you
Wish

Newly Re-mastered in HD! Masters of macabre Vincent Price (Tales of Terror), Peter Cushing (The Creeping Flesh) and Robert Quarry (Count Yorga, Vampire) give terrifying performances to die for in this diverting little chiller. When horror star Paul Toombes' fiancûˋ is brutally killed, he loses more than this job... he also loses his mind. But twelve years after suffering a nervous breakdown, the washed-up horror legend (Price) agrees to do a TV-series based on his old screen creation, the monstrous Dr. Death . Soon the cast and crew of the series begin dying in ways similar to the deaths the characters suffered in the actor's old movies. Editor Jim Clark (Marathon Man) directed this top-notch horror classic based on the novel by Angus Hall (Qualthrough).