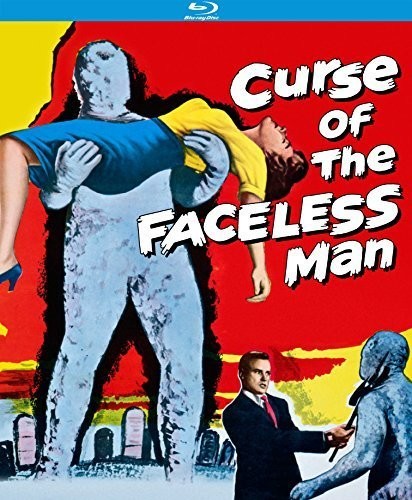 Entombed for eons and turned to stone... The Volcano Man of 2,000 years ago stalks the earth to claim his woman! A team of archeologists, led by Dr. Paul Mallon (Richard Anderson, TV's The Six Million Dollar Man and The Bionic Woman) excavates a perfectly preserved faceless man of stone encased in lava from a site at ancient Pompeii. Mallon begins to piece together the history and identity of the stone figure, he uncovers the story of Quintillus Aurelius, an Etruscan gladiator-slave who was tortured and sentenced to death for daring to love a noblewoman, but the eruption of the Vesuvius Volcano destroyed the city and buried the jailed Quintilus Aurelius. But when dead bodies with smashed skulls begin to pile up, not only do the scientists believe that the faceless man is still alive, but bent to carrying out his final wish, rescuing his beloved - reincarnated as Tina Enright (Elaine Edwards, The Bat), Mallon's fiancee. Directed by cult-great Edward L. Cahn (Invisible Invaders).