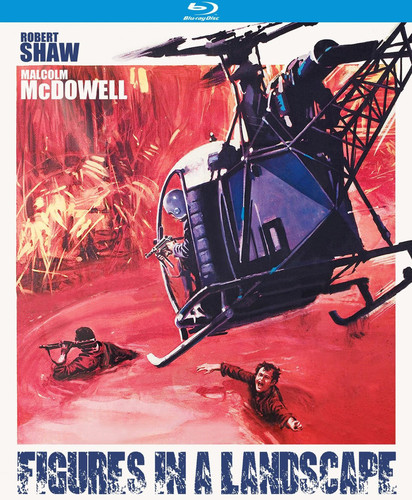 Figures In A Landscape / (Rmst Dhd)
Format: Blu-Ray
New: Not on Hand, Let us get it for you
Wish

The bird has come for it's prey! Newly re-mastered in HD! Screen legends Robert Shaw (Taking of Pelham One Two Three) and Malcolm McDowell (A Clockwork Orange) co-star as desperate fugitives in an unnamed foreign land, wanted for unknown crimes by a nameless, faceless enemy. Against a raw, unforgiving backdrop of parched desert and frozen mountains, MacConnachie (Shaw) and Ansell (McDowell) run for their lives, but even as they cross a seemingly endless expanse of open territory, the walls of their cage begins to close in as a relentless helicopter pilot stalks them in a deadly game of cat and mouse. Legendary blacklisted filmmaker Joseph Losey (Eva, The Romantic Englishwoman) directed this thrilling adventure yarn with nonstop suspense and exhilarating action photography that is a jolt of pure adrenaline.
back to top