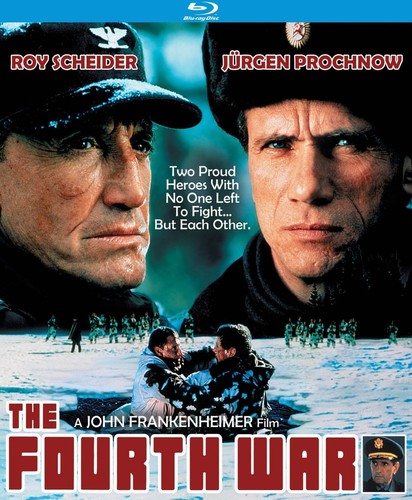 As the world enters a new era of peace... what becomes of professional soldiers, who have spent their entire lives preparing for war? On a frozen stretch of Russian border, two veteran military men, American Colonel Jack Knowles (Roy Scheider, Still of the Night) and Russian Colonel N. A. Valachev (Jurgen Prochnow, Das Boot), command small outposts. Knowles has a reputation for being a loose cannon, his commanding officer (Harry Dean Stanton, Paris, Texas) hopes the quiet post will keep Knowles out of trouble. But after Knowles sees Russian guards gun down a defector... what follows is a forbidden battle between the two men, trading invasions into each other's territories. As the two Colonels continue to strike at one another, their personal vendetta threatens to escalate into a full-scale military confrontation and the world may not survive The Fourth War. Top-notch direction by the great John Frankenheimer (52 Pick-up) with a strong supporting cast that includes Tim Reid (TV's WKRP in Cincinnati) and Dale Dye (Under Siege 1 & 2).