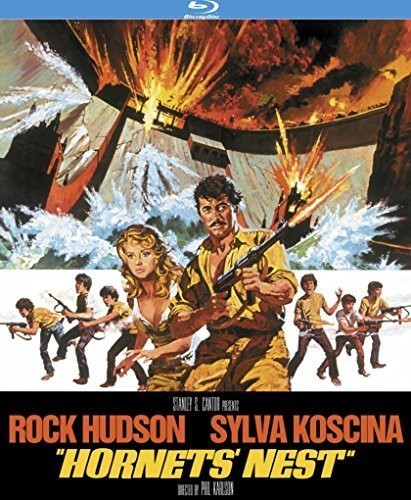 Hollywood icon Rock Hudson (Avalanche) stars in this explosive WWII thriller, filled with enough action and suspense to keep you on the edge of your seat until the climactic finale. Hudson portrays Captain Turner, an American Army officer whose troop has parachuted into the Italian town of Reanoto to blow up a vital dam being used by the Nazis. Upon their landing, the troop is attacked by the Germans, leaving Turner as the lone survivor. He's rescued by a group of Italian boys - the only survivors of a small town massacred by the Nazis. Outstanding performances by Sylva Koscina (Deadlier Than the Male) and Sergio Fantoni (Von Ryan's Express) with top-notch direction by Phil Karlson (99 River Street) make this one of the most realistic war films ever made. Featuring a beautiful and haunting score by the legendary Ennio Morricone (Navajo Joe, Face to Face).