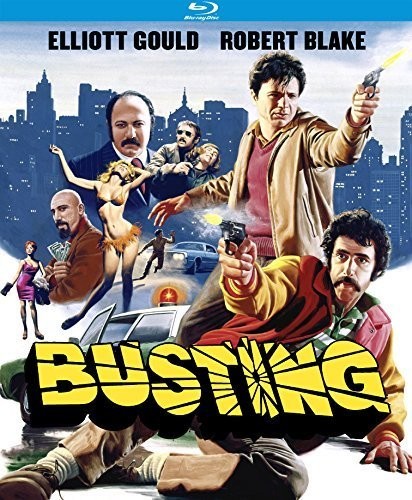 Newly Re-mastered in HD! Meet the long and short of L.A.'s vice squad... Keneely (Elliott Gould, The Long Goodbye) is the lanky one... Farrel (Robert Blake, In Cold Blood) is the short one... they may not be the best cops in town, but they sure are the toughest. Stand by for plenty of action in this fast-paced thriller that marked the impressive debut of writer and director Peter Hyams who later went on to make Capricorn One, Outland and Running Scared. Gould and Blake play a pair of Los Angeles cops who find themselves in a bitter conflict with their corrupt superiors as they wage a two-men war against crime czar Carl Rizzo (Allen Garfield, The Organization). And even when they're demoted after a hair-raising shootout, the two dedicated cops are ready to break every rule in the book to bring their quarry to justice. The stellar cast includes Antonio Fargas (Across 110th Street), Michael Lerner (Barton Fink), Sid Haig (Pit Stop), Cornelia Sharpe (Serpico) and William Sylvester (2001: A Space Odyssey).