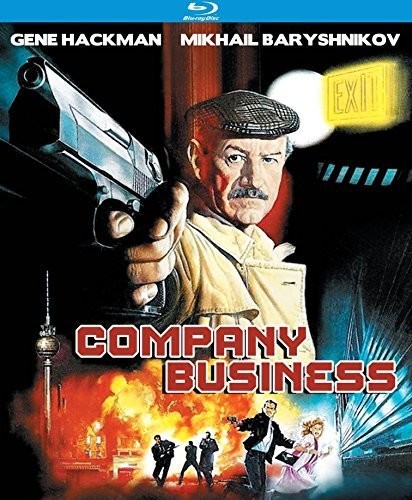 It's not the company you keep... it's the company that keeps you! The Cold War may be over, but things are about to heat up again! Screen legend Gene Hackman (The Package, Prime Cut) teams up with Mikhail Baryshnikov (White Nights) in this fast paced, thrill a minute ride that hurtles through Europe, culminating in a death defying confrontation a top the Eiffel Tower! When an ex-CIA agent (Hackman) is called out of retirement to escort a Soviet spy (Baryshnikov) to Berlin for a prisoner trade with the Russians, it seems like business as usual. But when the former adversaries realize they've been double crossed by their own governments, they must work together to uncover and destroy the double operatives within both the CIA and the KGB to win this intricate and deadly game. Written and directed by Nicholas Meyer (Star Trek II: The Wrath of Khan) and featuring wonderful performances by the two leads, Kurtwood Smith (Robocop) and Terry O'Quinn (The Stepfather).