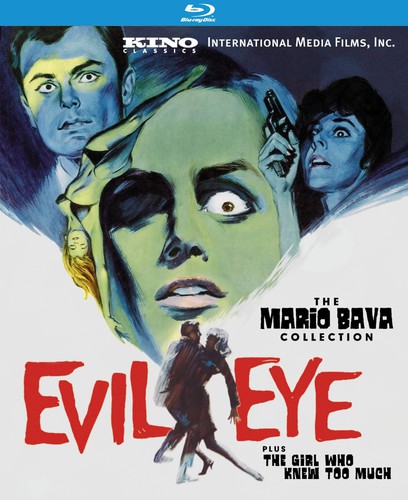 Evil Eye (Featuring The Girl Who Knew Too Much)
Format: Blu-Ray
New: Available to Order $29.95
Wish

While vacationing in Italy, a young woman with a passion for crime fiction (Letfcia Roman) witnesses a brutal murder. With the help of a handsome young doctor (John Saxon), she launches her own investigation and uncovers a series of crimes known as the "Alphabet Murders," only to realize that she may be next on the killer's list. This Kino Classics edition includes both the original Italian-language version (The Girl Who Knew Too Much) as well as the American cut (Evil Eye, featuring a score by Les Baxter and alternate footage). The last of Bava's features to be shot in black-and-white, Evil Eye is considered one of the earliest gialli, and opened the door for Bava to indulge in a more violent and provocative flavor of films.