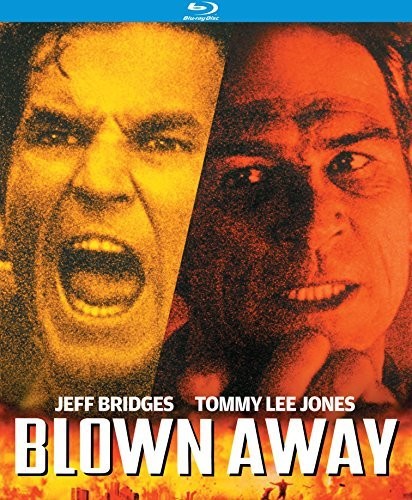 The fuse has been lit! Screen legends Jeff Bridges (Thunderbolt and Lightfoot) and Tommy Lee Jones (The Package) light a fuse under this action-packed tension-filled, edge-of-the-seat thriller that will hold you hostage for 120 electrifying minutes. Fueled with dynamic support by Lloyd Bridges (Hot Shots), Forest Whitaker (Species) and Suzy Amis (The Usual Suspects), Blown Away is the action film you don't want to miss when an explosion jolts Boston, bomb squad expert Jimmy Dove (Bridges) is thrust into the most harrowing work of his career. Evidence points to a bomber more dangerous and skilled than any he's ever faced - except one. The possibility that the terrorist is his former mentor (Jones) increases the stakes - and as his friends and family are unsuspectingly drawn into the action, Jimmy is forced to face not only his bitter enemy but also his haunting past. Stylish and suspenseful direction by Stephen Hopkins, the director of The Ghost and the Darkness and Predator 2.