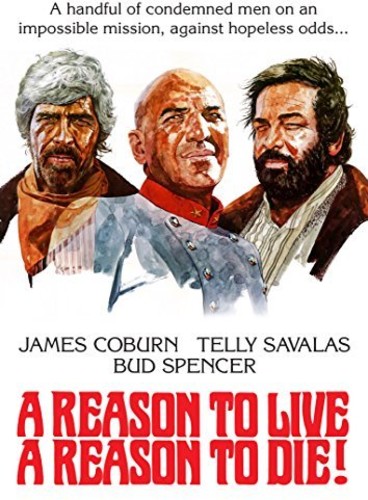 From Tonino Valerii, the director of My Name is Nobody and other classics spaghetti westerns comes this top-notch western set during the Civil War where eight condemned Union prisoners attempt to capture a Missouri fort from Confederate soldiers. Union Colonel Pembroke (James Coburn, Harry in Your Pocket) leads seven men on an impossible death mission, against all odds to overtake Fort Holman from the Confederates, commanded by insane Major Frank Ward (Telly Savalas, A Town Called Hell), ostensibly because of the fortress' strategic location as the key to the significant routes of the American Southwest. Under the guise of seizing the fortress, Pembroke in fact wants revenge for Ward's cowardly murder of his son. International superstar Bud Spencer (They Call Me Trinity) co-stars as one of the condemned men.