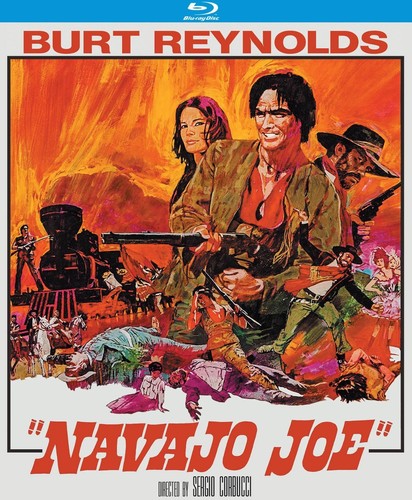 Relentless In His Vengeance! Deadly In His Violence! Burt Reynolds (White Lightning, Gator) stars in this lusty, gutsy action western about a fearless Indian with a relentless vendetta. A band of outlaws, headed by a sullen leader named Duncan (Aldo Sambrell, The Man with No Name Trilogy), sweeps across the country like the plague, destroying everything in it's path, including an entire Indian village. The outlaws arrive in the town of Esperanza, where they are hired by a crooked doctor to hijack a bank train and share in the wealth. But the sole survivor from the Indian village, a renegade Navajo named Joe (Reynolds), foils the plan by relocating the money. An irate Duncan holds an innocent Indian girl hostage until Joe surrenders... Joe once again must take on Duncan and his ruthless comrades with unforgettable vengeance. Top-notch direction by Spaghetti Western legend Sergio Corbucci (Django, The Great Silence) with a rousing and now classic score by the legendary Ennio Morricone (Face to Face).