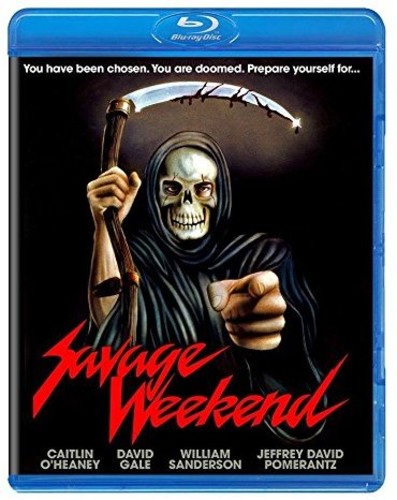 Savage Weekend
Format: Blu-Ray
New: Not on Hand, Let us get it for you
Wish

Newly Re-mastered in HD! Do you have the guts to find out who's behind the ghoulish mask? SAVAGE WEEKEND, the darker and primitive side of human nature. A weekend in the country turns into a nightmare of terror when a killer, wearing a gruesome mask, stalks and kills the partygoers in horrific grisly ways. Starring David Gale (RE-ANIMATOR), Caitlin O'Heaney (HE KNOWS YOU'RE ALONE), William Sanderson (BLADE RUNNER) , Jeffrey Pomerantz (RETRIBUTION), Christopher Allport (DEAD & BURIED) and the screen debut of Yancy Butler (HARD TARGET), and directed by David Paulsen (SCHIZOID), this is an early entry into the slasher genre, made in 1976, but not released until 1980. SAVAGE WEEKEND is finally out, in HD from the original vault elements! (The Shocker of the 80s - Varitey).