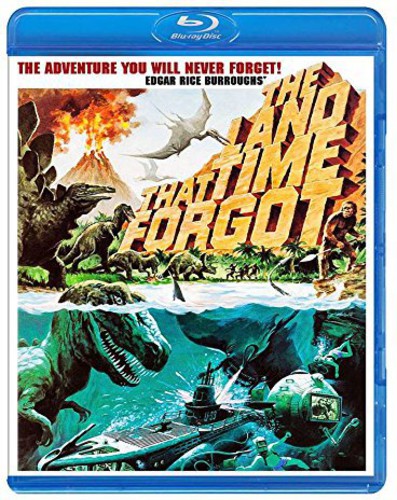 Prepare for a trip into the unknown with a screen epic packed with monsters and thrills! When a band of castaways lands on a mysterious island, they discover it's already inhabited by giant carnivorous creatures and wonders beyond the imagination. In order to stay alive, they're pitted to the death against deadly dinosaurs, fearsome sea monsters, soaring pterodactyls, and marauding tribes of primitive humans in this elaborate fantasy adventure where the action is unremitting. Doug McClure (At the Earth's Core) and Susan Penhaligon (Soldier of Orange, Patrick) star in this exciting prehistoric adventure. Directed by Kevin Connor (The People That Time Forgot).