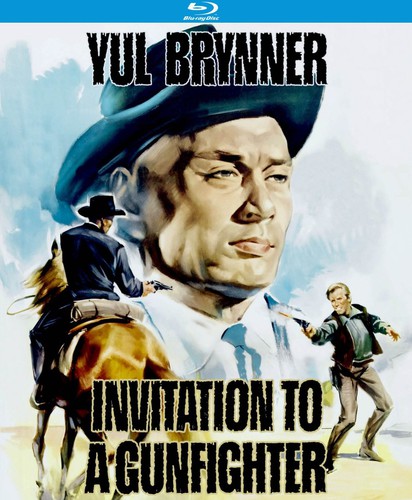 Who will be the last man standing? Screen legend Yul Brynner (Taras Bulba) turns in a great performance as a smooth master gunfighter who must do battle with his most formidable adversary - his own conscience - in this gripping, double-barreled western full of blistering shootouts, surprise twists and colorful villainy. In a New Mexico frontier town, Jules Gaspard d'Estaing (Brynner) is hired by the town's boss (Pat Hingle, Bloody Mama) to kill Matt Weaver (George Segal, The Hot Rock), a Civil War veteran who returns to reclaim his farm and his woman. But when d'Estaing realizes that Weaver may be the only honest man left, the conflicted hired gun must either kill an innocent man - or destroy his own reputation - in a heart-stopping final showdown. Wonderfully directed by Richard Wilson (Man with the Gun) - featuring beautiful cinematography by the great Joseph MacDonald (Kings of the Sun) and a stellar supporting cast that includes Brad Dexter (Run Silent, Run Deep), Strother Martin (Cool Hand Luke), Clifton James (Juggernaut) and beautiful Janice Rule (The Swimmer).