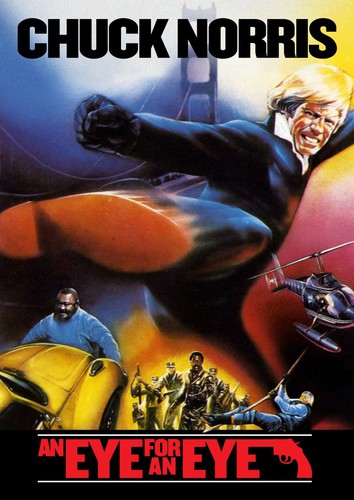 International superstar Chuck Norris (Hero and the Terror) stars in this pulse-pounding revenge thriller that pulls out all the stops for explosive edge-of-your-seat excitement. Crackling with unbridled energy and suspense, it's an electrifying adventure that's as fast and hard-hitting as its unstoppable hero. Police detective Sean Kane (Norris) is any criminal's worst nightmare: a cop who's just as lethal with his lightning-quick martial arts moves as he is a with his service revolver. But when his partner is brutally murdered, Kane quits the force and goes beyond the law to seek vengeance against the ruthless Morgan Canfield (Christopher Lee, The Crimson Cult), a powerful and well-connected drug lord who destroys any man who stands in his way. But Kane has never been more ready for a fight. He's bold, ferocious and has an ace up his sleeve: his mentor, Chan (Mako, Conan the Barbarian), a martial arts wizard who will join him in a thrilling no-holds-barred final assault against Canfield and his criminal empire. Action veteran Steve Carver (River of Death) directs a top-notch supporting cast that includes Richard Roundtree, Matt Clark, Stuart Pankin, Rosalind Chao, Terry Kiser and Professor Toru Tanaka.