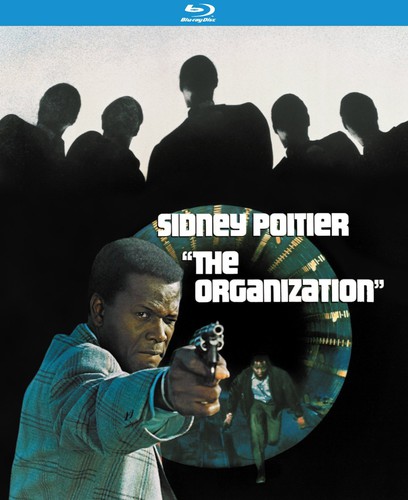 The Organization
Artist: Organization (1971)
Format: Blu-Ray
New: Not on Hand, Let us get it for you
Wish

Screen icon Sidney Poitier (Paris Blues) reprises his role as Lt. Virgil Tibbs for a third and final time, following the masterpiece In the Heat of the Night and the thrilling sequel They Call Me Mister Tibbs! Under the cover of darkness, six masked figures raid a seemingly respectable furniture factory and steal a multimillion-dollar cache of heroin! But these are no ordinary crooks. They're a passionate band of former users-turned-vigilantes whose frustration with the law's inability to combat the city's drug problem spurs them to take on a powerful narcotics ring. After contacting Tibbs, they confess to the break-in, beg him to keep silent and ask for his help. But once he reluctantly agrees to operate outside the law, Tibbs soon finds himself at odds with the police and a ruthless drug syndicate that will stop at nothing to silence him! Don Medford (The Hunting Party) directs this taut thriller that exposes the ruthless, high-stakes world of international drug trafficking. Barbara McNair (Venus in Furs), Gerald S. O'Loughlin, Sheree North, Allen Garfield, Raul Julia, Ron O'Neal, Daniel J. Travanti and Billy Green Bush co-star in this action-packed crime thriller that is edge-of-the-seat entertainment.
back to top