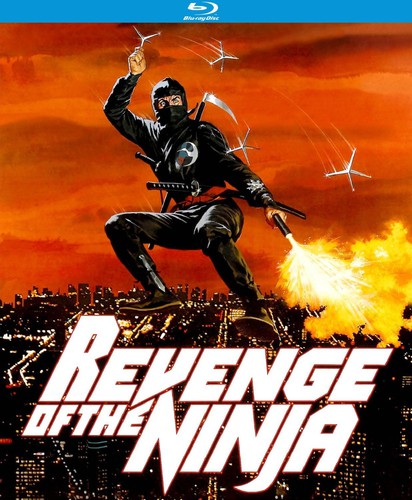 Payback is deadly! The Ninjas are back! Brandishing swords and fists, leaping and kicking, wielding blow darts and explosives, they know a thousand ways to kill. Martial arts legend Sho Kosugi (Enter the Ninja) delivers a heart-pounding display of strength, speed and lethal Ninja know-how in this action-packed thriller that takes us back to the good old days of the Kung Fu extravaganza. When a band of Ninja assassins slaughters the family of Cho Osaki (Kosugi), he flees to America in the hope of building a new life. A former Ninja himself, Osaki tries to escape his deadly past but soon discovers he has become the pawn of a ruthless drug trafficker - an American Ninja intent on killing anyone who crosses his path... including Osaki! Action veteran Sam Firstenberg (Avenging Force) directed this entertaining martial arts actioner, featuring top-notch action scenes and mind-blowing stunts. Co-starring legendary villain, Professor Toru Tanaka (An Eye For An Eye) and produced by Cannon legends, Yoram Globus and Menahem Golan.