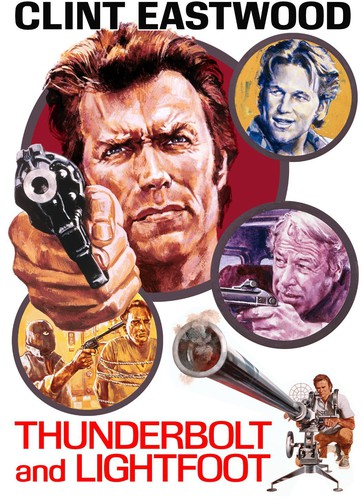 Screen legends Clint Eastwood and Jeff Bridges star as a pair of modern-day outlaws in this bold, witty and tough action-packed crime thriller. Thunderbolt (Eastwood) is a former thief whose razor-sharp wits and steely nerves made him a master of his profession, but he's about to reenter the criminal world with a new partner: Lightfoot (Bridges), a brash young drifter whose energy and exuberance give the veteran a new outlook on life. Their target: the seemingly impenetrable Montana Armored Depository. After forming an uneasy alliance with Thunderbolt's former partners in crime, Red Leary (George Kennedy, Cool Hand Luke) and Eddie Goody (Geoffrey Lewis, High Plains Drifter), they launch an amazing scheme that will test the limits of their endurance, and the power of their friendship. Fueled by explosive action, fascinating characters and a powerfully moving climax, Thunderbolt and Lightfoot is an adventure of the highest caliber and the directorial debut of the great Michael Cimino (The Deer Hunter).