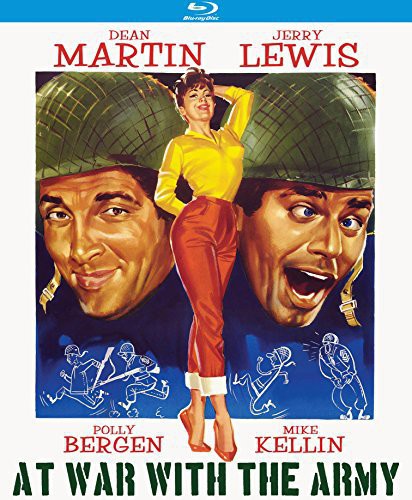 At War With the Army
Format: Blu-Ray
New: Not on Hand, Let us get it for you
Wish

Newly Re-mastered in HD After their supporting roles in My Friend Irma and My Friend Irma Goes West, At War with the Army was the first film starring the legendary duo of Dean Martin Artists and Models and Jerry Lewis Scared Stift. They went on to co star in thirteen more comedies becoming Paramount Pictures new comedy team and box office champs. Lewis is a hapless bungling private and Martin is his bossy first sergeant and ladies man with the crooners voice. Together the duo is thrown into a series of classics gags and routines and some great musical pieces. Directed by Hal Walker Road to Utopia, Sailor Beware, one of the few directors to work both with Martin & Lewis as well as with Hope and Crosby.