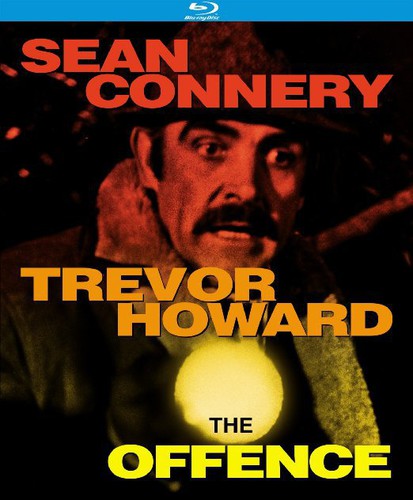 Offence
Format: Blu-Ray
New: Not on Hand, Let us get it for you
Wish

When is the accuser the accused? Sidney Lumet (Prince of the City) directs Sean Connery (The Great Train Robbery) as a British police detective whose 20 years of handling murder, rape and other violent cases culminate in a deadly loss of control during a routine interrogation. A harrowing and compellingly constructed chamber drama of police brutality and mental anguish. The Offence takes director Lumet's obsession with the policeman's conflicted position as his brother's keeper into the realms of the psychological thriller. Connery is devastatingly desperate as Officer Johnson on the trail of a serial child molester. The Offence was based on a play by John Hopkins entitled This Story of Yours. The stellar supporting cast includes Trevor Howard (The Third Man), Vivien Merchant (The Homecoming) and Ian Bannen (The Hill).