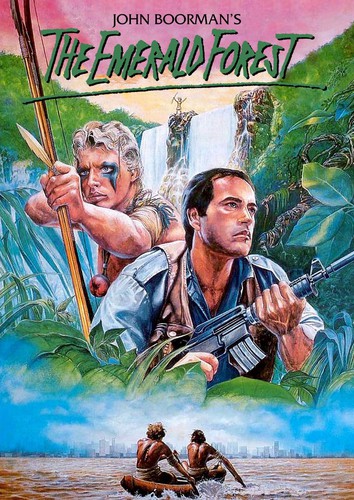 Newly Re-mastered in HD! From John Boorman, the director of DELIVERANCE comes a wildly ambitious parable that transports US to a singularly imaginative realm. THE EMERALD FOREST is an exotic and erotic nightmare replete with one lushly enrapturing scene after another. For ten years, engineer Bill Markham (Powers Boothe, EXTREME PREJUDICE) has searched tirelessly for his son, Tommy, who disappeared from the edge of the Brazilian rainforest. Miraculously, he finds the boy living among the reclusive Amazon tribe who adopted him. And that's when Bill's adventure truly begins. For his son (Charley Boorman) is now a grown tribesman who moves skillfully through this beautiful-but-dangerous terrain, fearful only of those who would exploit it. And as Bill attempts to 'rescue' him from the savagery of the untamed jungle, Tommy challenges Bill's idea of true civilization and his notions about who needs rescuing. Co-starring Meg Foster (THE OSTERMAN WEEKEND).