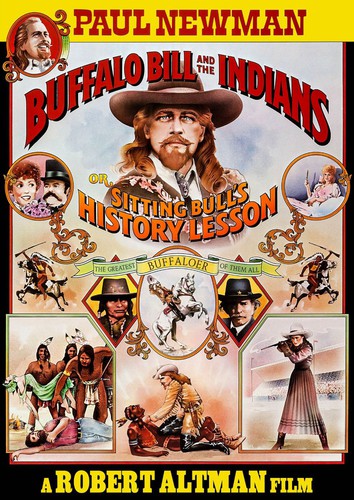 From director Robert Altman (THE LONG GOODBYE) comes an uproarious, high-spirited look at 'Buffalo Bill' Cody, the legendary Western adventurer. With a fine cast that includes Paul Newman, Harvey Keitel, Burt Lancaster, Joel Grey and Geraldine Chaplin, BUFFALO BILL AND THE INDIANS is a hilarious yet poignant comedy shown as you've never seen it before! Although Buffalo Bill (Newman) has fought Indians and Civil War battles, nothing can prepare him for his newest challenge; show business! His Wild West Show is hugely popular, but when he signs a former enemy, Sioux Chief Sitting Bull, for a featured role, a hysterical clash of cultures reverberates far beyond the boundaries of their sprawling outdoor theater. And the complications only multiply when the troupe discovers it must put on a special command performance - for none other than the President of the United States! The United States!