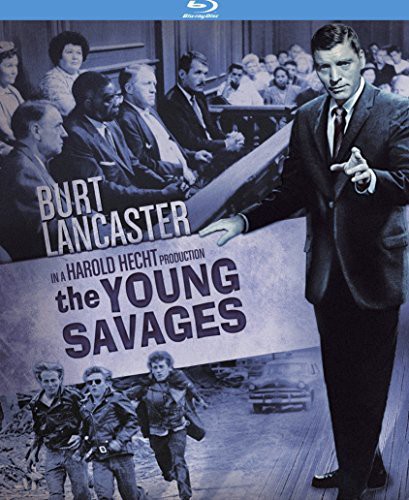 The Young Savages
Format: Blu-Ray
New: Not on Hand, Let us get it for you
Wish

Screen Legend Burt Lancaster (ELMER GANTRY) gives a forceful performance as a prosecutor, whose search for the truth puts his career in jeopardy, in this thought-provoking courtroom drama. The Young Savages is set in an East Harlem mired in racial tension and gang violence. While prosecuting the three Italian teens who murdered a 15-year-old blind Puerto Rican boy from a rival gang, Assistant D.A. Hank Bell (Lancaster) learns that there's is more to this case than meets the eye. Wonderfully directed by the great John Frankenheimer (THE MANCHURIAN CANDIDATE) and based on Evan Hunter's bestselling novel a Matter of Conviction. The strong supporting cast includes Shelley Winters, Dina Merrill, Edward Andrews and Telly Savalas.