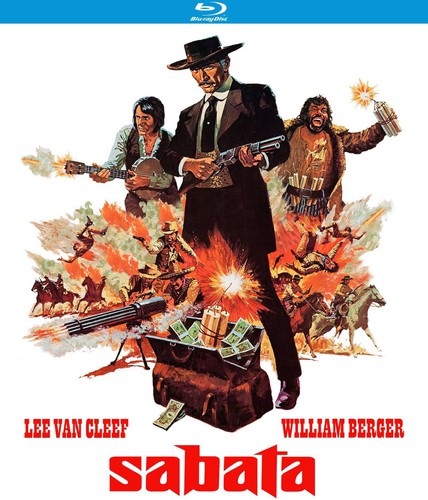 Mastered in HD - Who he is and where he came from, no one knows. But the leading citizens of the Western town of Daugherty think he knows too much. And they want to silence him, forever. Get ready for the fast-paced, explosive action as Lee Van Cleef (For a Few Dollars More) stars as Sabata, the mysterious, steely-eyed gunslinger who, after he discovers Daugherty's elite are the masterminds behind the elaborate bank heist, imposes his bullet-laced brand of justice on the town. Bribes, bullets and even his turncoat best friend can't stop Sabata as he guns and gallops to a final spectacular shootout that's one of the biggest gunfights ever seen in the movies. Filmed in Spain and Italy, SABATA is another of producer Alberto Grimaldi's (THE GOOD, THE BAD AND THE UGLY) hard-hitting western, a series that began as an imitation of the Hollywood genre but resulted in the creation of a new screen star and the Western 'anti-hero'.