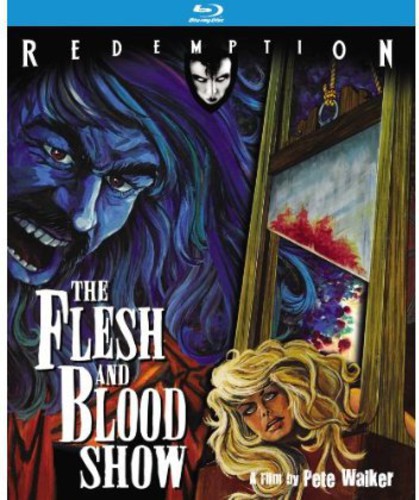 A group of trendy young actors and actresses assemble at a run-down theatre at the end of a pier in an out-of-season British coastal resort. Hired by the mysterious Theatre Group 40 to put together the improvisation revue, the Flesh and Blood Show, the actors are soon at the mercy of a madman who begins working his way through their number. The story takes it's cue from Agatha Christie's venerable Ten Little Indians - a group of strangers are invited to a remote locale, where they fall prey to an unseen assassin. While Walker's subsequent horror pictures tended to phase out the carnal aspect, his background in sexploitation is abundantly evident here - soft core groping and plentiful nudity dominate the first half of the picture, and there is plenty of mayhem.