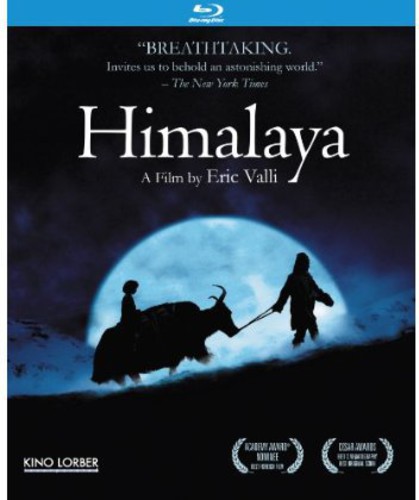 Himalaya: Kino Classics Remastered Edition
Artist: Himalaya
Format: Blu-Ray
New: Not on Hand, Let us get it for you
Wish

Filmed over seven months in the forbidden Dolpo region of Nepal, HIMALAYA tells the story of a generational struggle for the leadership of a tiny mountain village between its proud old chief and a headstrong young caravanner. The balance of power shifts uneasily as they make their annual salt trek across the Himalayas.

A visually striking and spiritually captivating portrait of life in one of the world's most extraordinary places, HIMALAYA is both intense drama and a gorgeous tapestry of the fast disappearing traditions of Tibetan life. A huge box office hit worldwide, HIMALAYA remained on the VARIETY top film box office chart for over six months and was nominated for an Academy Award for Best Foreign Film. This brnad new transfer has been remastered in high definition from Kino Classics in this stunning new transfer making its debut on Blu-ray.