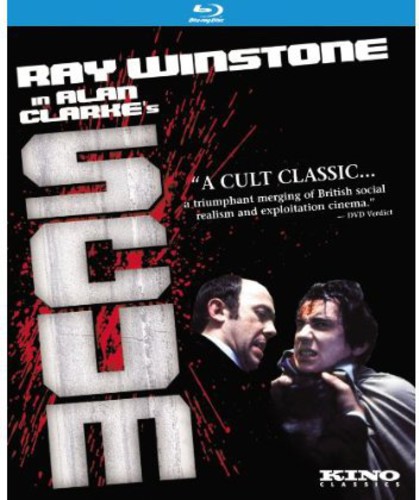 Scum refers to the label slapped upon reform-school inmate Carlin (Ray Winstone, Sexy Beast, Hugo). When he isn't being beaten up by the other inmates, Carlin is being beaten down by the system. He rebels against this treatment and "wins" by becoming more vicious than any of his oppressors. Harrowing, claustrophobic, and deeply tragic, Scum was originally banned by the BBC for graphic brutality (and, quite likely, criticism of the justice system), leading director Alan Clarke to remake this chilling and groundbreaking thriller for all to see.