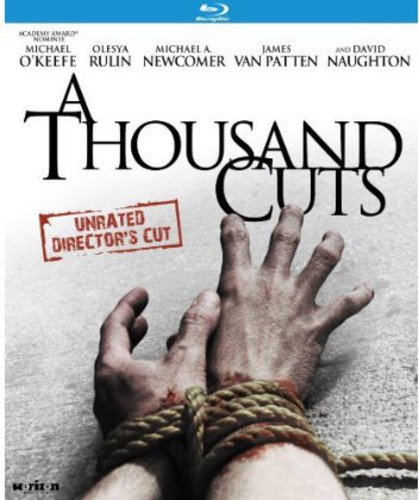 A Thousand Cuts
Artist: Okeefe/Rulin/Van Patten
Format: Blu-Ray
New: Not on Hand, Let us get it for you
Wish

A hot young director known for his hugely successful violent horror films finds himself trapped in his house with a man who has a violent grudge against him. Frank Bennet (Academy Award Nominee Michael O'Keefe) wants revenge on the moviemaker for the death of his daughter in an incident inspired by the director's first film, and is hell bent on getting it when he shows up at the director's house determined to teach the filmmaker the true meaning of horror.