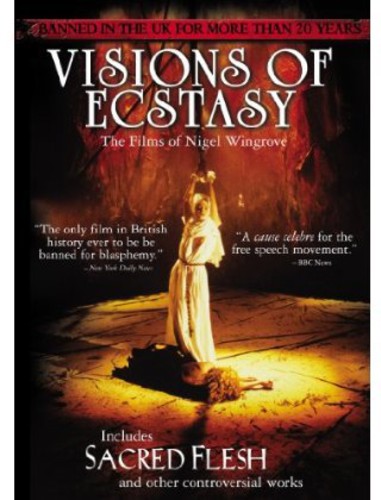 Visions of Ecstasy, an experimental art film made in 1989, is the only film ever to have been banned outright in the UK solely on the grounds of blasphemy. Further, it's depiction and interpretation of the erotic imaginings of the 16th Century Carmelite nun, St. Teresa, were such that the film's banning was upheld in an historic judgment at the European Court of Human Rights in Strasbourg in a case that took seven years to reach it's conclusion. Now, due to the abolition of the UK's blasphemy laws in 2008, Visions of Ecstasy is finally being released. Also included on this disc is the director's Nunsploitation feature, Sacred Flesh (2000) (in SD), in which a Mother Superior struggles with her sexual desires in a series of imagined dialogues with Mary Magdalene while her mind torments her with images of sexual perversion, lesbianism and sadomasochism along with the short film Axel.