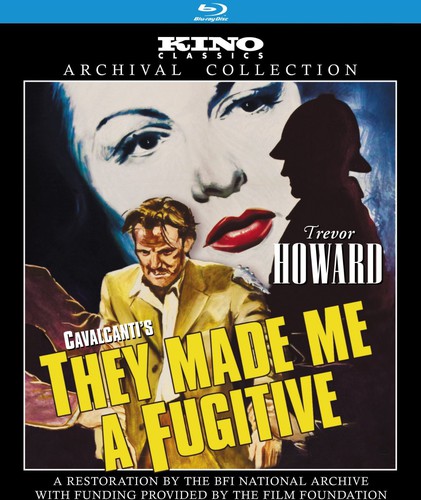 They Made Me a Fugitive (aka I Became a Criminal)
Format: Blu-Ray
New: Not on Hand, Let us get it for you
Wish

Academy Award nominee Trevor Howard (Sons & Lovers, Superman: The Movie, the Third Man) gives one of his greatest performances as Clem, an ex-serviceman who is fed up after the War and drawn to the excitement of black-marketeering. His psychopathic, sadist gang boss, Narcy (Griffith Jones), betrays him when he refuses to deal in drugs, and the story becomes a breathtaking tale of revenge. The complex ending of They Made Me a Fugitive is not a trivial resolution, but lives up to the social consequences of this violent and disturbing film that Leonard Maltin raves "No holds barred... packs a real punch." from legendary screenwriter Noel Langley (The Wizard of Oz).