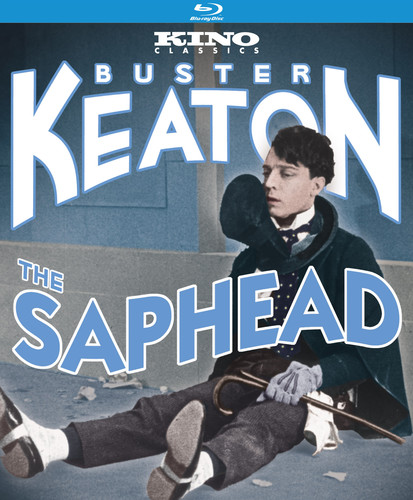 In his first starring role (and the film that launched his career), Buster Keaton stars in The Saphead as Bertie Van Alstyne, the spoiled son of a powerful Wall Street financier. Unable to escape the wealth and comfort that are foisted upon him, he pursues individuality in a series of comic misadventures in the speakeasies of New York, at the altar of matrimony, and even on the floor of the American stock exchange. The Saphead was instrumental in establishing Keaton as a bona fide star and greatly influenced his formulation of the Buster persona: a lonely, stone-faced soul thwarted by circumstance yet undauntedly resourceful and indefatigable in his struggle for love and survival within a chaotic world.