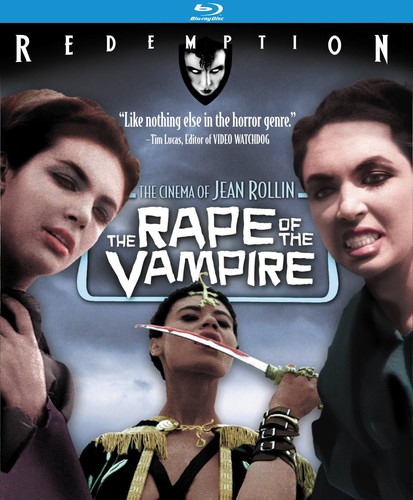 The Rape of the Vampire
Artist: Rape Of The Vampire
Format: Blu-Ray
New: Available to Order $29.95
Wish

In Jean Rollin's sexy and gothic debut film, four beautiful French women, who are led to believe that they are vampires, are being held up in a seaside chateau. One by one, they are meticulously murdered by the nervous and unsure townsfolk... until they are resurrected from the dead and joined by "The Queen of the Vampires". Part of a trilogy that also includes Requiem for a Vampire and Shiver of the Vampires. Brand new high definition transfer and restoration. BONUS FEATURES: Two short films by Jean Rollin, Interview with Director Jean Rollin (25 min), Cast & Crew Interviews, Original French Theatrical Trailer, Original English Theatrical Trailer. (bonus features are subject to change without notice).