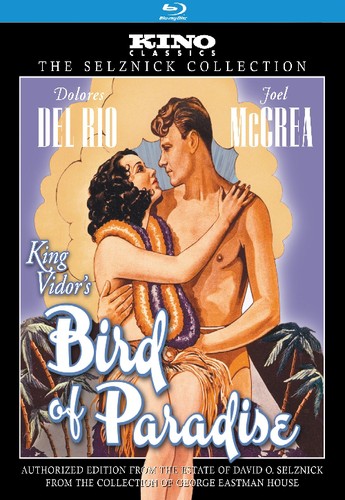 Joel McCrea (The Most Dangerous Game) stars as a handsome South Seas soldier of fortune who falls in love with Dolores Del Rio (Flying Down to Rio), the daughter of a Polynesian native chieftain. Alas, their idyllic romance is destined to come to a sudden and violent end: tribal custom decrees that Del Rio is to be sacrificed to the local volcano. After initial resistance, the heroine nobly resigns herself to her fate, realizing that there is no place for her in her white lover's civilization. From the legendary Academy Award nominated director King Vidor (War & Peace, the Champ) and producer David O. Selznick (Gone with the Wind, King Kong). This is the ONLY authorized edition of this classic film from the estate of David O. Selznick, restored and remastered in high definition from the George Eastman House.