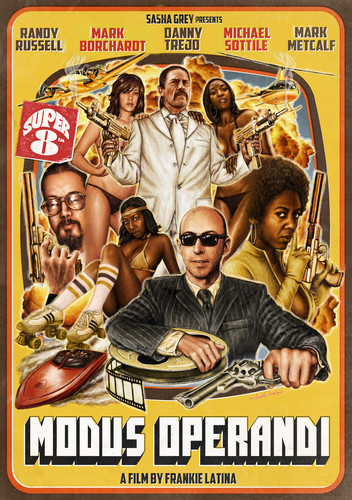 Modus Operandi
Artist: Russell/Borchardt/Trejo
Format: DVD
New: Not on Hand, Let us get it for you
Wish

Two briefcases with mysterious contents are stolen from top Presidential candidate Squire Parks, setting off a deadly series of double-crosses and betrayals. Desperate warring factions of subterranean organizations will stop at nothing to gain possession of the sensitive material. A covert branch of the CIA calls on notorious Black Ops agent Stanley Cashay, who has been barely existing in a semi-comatose twilight since the murder of his wife. Cashay is offered the identity of his wife's killer in exchange for locating and returning the cases.