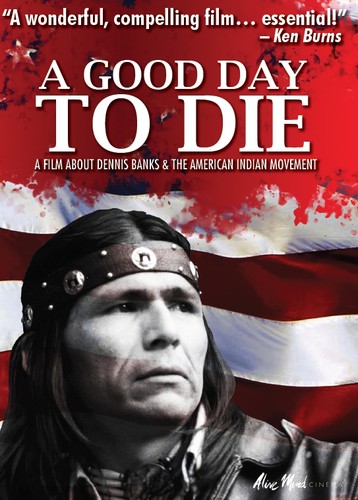 A Good Day to Die chronicles a movement that started a revolution and inspired a nation. By recounting the life story of Dennis Banks, the Native American who co-founded the American Indian Movement (AIM) in 1968 to advocate and protect the rights of American Indians, the film provides an in-depth look at the history and issues surrounding AIM's formation. From the forced assimilation of Native Americans within boarding schools, to discrimination by law enforcement authorities, to neglect by government officials responsible for the Bureau of Indian Affairs, AIM sought redress for the many grievances that it's people harbored. Banks' personal struggle culminated in major armed confrontations at Custer, South Dakota and Wounded Knee - climactic flash points which saw him standing steadfast as a leader for his cause. Bittersweet and compelling, a Good Day to Die charts the rise and fall of a movement that fought for the civil rights of American Indians.