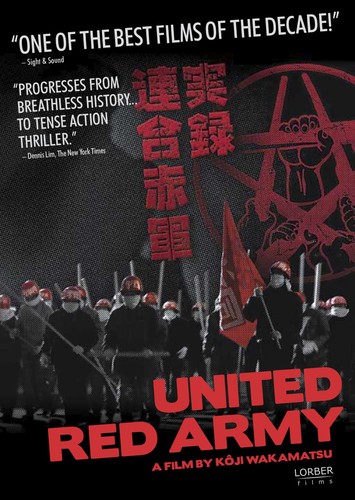 United Red Army
Format: DVD
New: Not on Hand, Let us get it for you
Wish

Koji Wakamatsu's (Caterpillar) epic docudrama explores the political unrest of 1960s Japan, when mass student uprisings coincided with the beginnings of the far-left United Red Army group, which tortured and murdered it's "deviant" members during a 1972 training session. An uncompromising piece of filmmaking from one of Japan's most controversial filmmakers, with a score by former Sonic Youth member Jim O'Rourke.