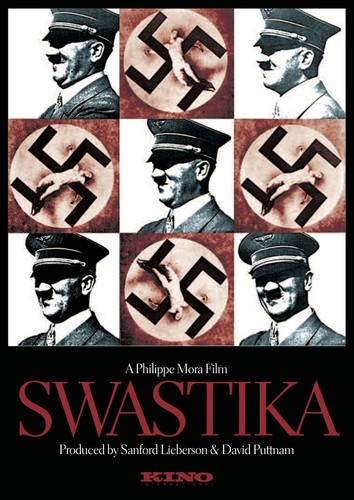 From Academy Award Winning Producer David Puttnam (Chariots of Fire, Midnight Express, the Killing Fields) comes the most controversial documentary (that was BANNED at the Cannes Film Festival) about Hitler ever made. Utilizing intimate color home movie footage shot by Eva Braun, it presents the private life of a dictator, going on picnics and joking with friends, displaying an affable face to the man labeled as the Devil incarnate by history. The film interweaves rare propaganda films, which presented Hitler as he wanted to be seen, consoling war widows and frolicking with young children. Director Philippe Mora combines these materials together to form an unintentional autobiography of Hitler's rise and fall, from the formation of the Nazi state through the end of WWII. Mora let's the images speak for themselves, leading to misinterpretations and it's bans in Germany and Israel. But it is one of the most fearsome anti-Nazi films ever made. As the opening credits state, "If Hitler is dehumanized and shown only as a devil, any future Hitler may not be recognized, simply because he is a human being".