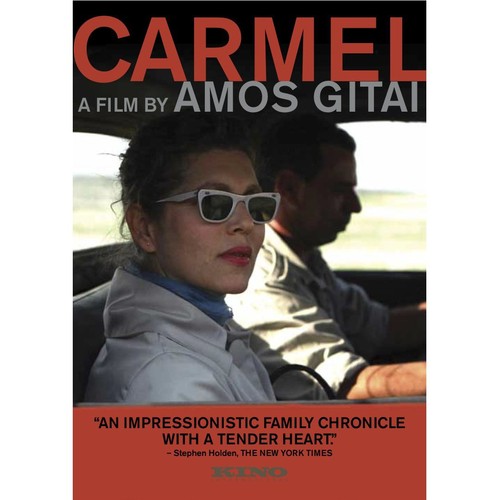 Carmel
Artist: Carmel
Format: DVD
New: Not on Hand, Let us get it for you
Wish

"It's not easy being a father in Israel these days", Amos Gitai (Free Zone) says of his son's military duty, encapsulating the mixed emotions of living in a land with such a deep and conflicted history. Writer / Director / Producer Gitai begins his new, unclassifiable work with quotes from Josephus on the Jewish Wars of two millennia ago, then segues to present-day Israel and his family, with a focus on the remarkably articulate Efratia, the filmmaker's late mother, whose letters about life in Israel and abroad are read by Jeanne Moreau (Ever After, La Femme Nikita). Charting his own course through Israeli history, Gitai (who is only two years younger than Israel) becomes a lively symbol for the country itself. A child of the kibbutz, a young soldier wounded during the Yom Kippur War, a sometimes testy but always honest artist whose works are more often welcomed abroad than at home; Gitai has led a life as dense, rich, and complex as the nation of his birth.