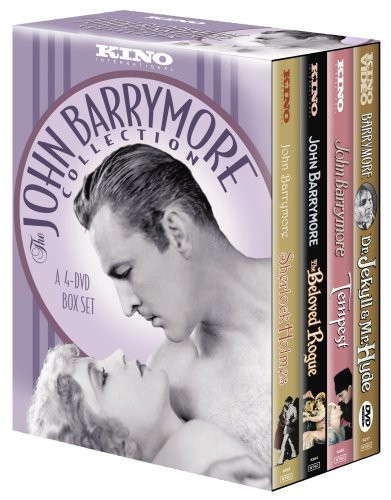 Sherlock Holmes - One of Barrymore's most prestigious early roles, this rarely seen film also presents screen debuts of William Powell & Roland Young. When a young prince is accused of a crime that could embroil him in international scandal, debonair super sleuth Sherlock Holmes comes to his aid, and quickly discovers that behind the incident lurks a criminal mastermind eager to reduce Western civilization to anarchy. The Beloved Rogue - a rich historical romance starring John Barrymore as poet Frances Villon who battles against nasty King Louis the XI in 17th Century France. Tempest - An epic romance set in Russia during the final days of the Tsarist autocracy, Barrymore stars as Sgt. Ivan Markov, a dedicated soldier who defies the rigid class system to receive an officer's commission. But even as he rises through the ranks of military and society, he must contend with resentment from the aristocratic officers. Dr. Jekyll & Mr. Hyde - This first great American horror film follows the transformation of a prominent London physician, Dr. Jeckyll, into the murderous Mr. Hyde while he explores the dual nature of man.