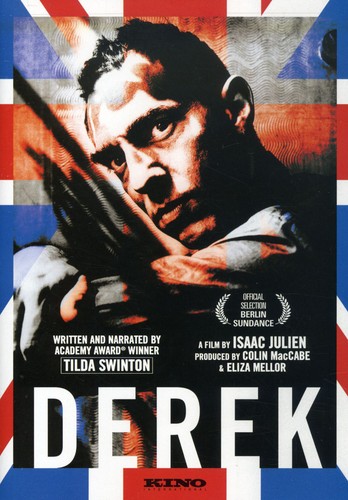 Isaac Julien's (Young Soul Rebels, Looking for Langston) documentary blends together vintage clips from Jarman's groundbreaking experimental theatrical works and 8mm films, never before seen footage from the sets of his Queer Cinema milestone Sebastiane and punk film landmark, Jubilee, and revealing interview footage shot shortly before Jarman's death in 1994. In his own words and the words of those who knew him best, Derek reveals Jarman's religion-scarred beginnings and his ascent in the vibrant UK counterculture of the 60s and the London punk scene of the 70s. Also covered, his eight film collaboration with muse, companion and collaborator Tilda Swinton, the influential music videos made with the Smiths and the Pet Shop Boys, and Jarman's contributions to a British art scene he helped to redefine.
This website uses cookies to personalize content and analyse traffic in order to offer you a better experience.
I accept Learn More
back to top